To Seal or Not To Seal ?

May 10, 2018
Uncertain on whether or not you need to seal your natural stone paving? McMonagle Stone has invited Tony McCormack, the Paving Expert to give unbiased advice on sealants that will in turn give you peace of mind in knowing if sealing your natural stone is the right choice.
Facebook Twitter LinkedIn

Should I seal my paving?

If only I had a quid for every time this question gets asked. I’d be able to buy another motorbike!

Part of the problem regarding the sealing, or not, of paving, stems from the widely spread urban myth that ALL paving needs to be sealed. There’s more than a suspicion that this myth is promoted by sealant manufacturers…but maybe that’s being unfair.

The truth of the matter is that *some* paving needs a sealant *sometimes*. Not *all* paving, *all* of the time, just some paving some of the time.

So: some paving. What paving? Well there are certain popular types of imported stone that are, let’s call it “less than happy” with the climate on this soggy edge of Europe. They don’t fare well in our damp, cool, dull day-to-day environment, and so a sealant can help protect them from the worst of it, a bit like a winter coat. 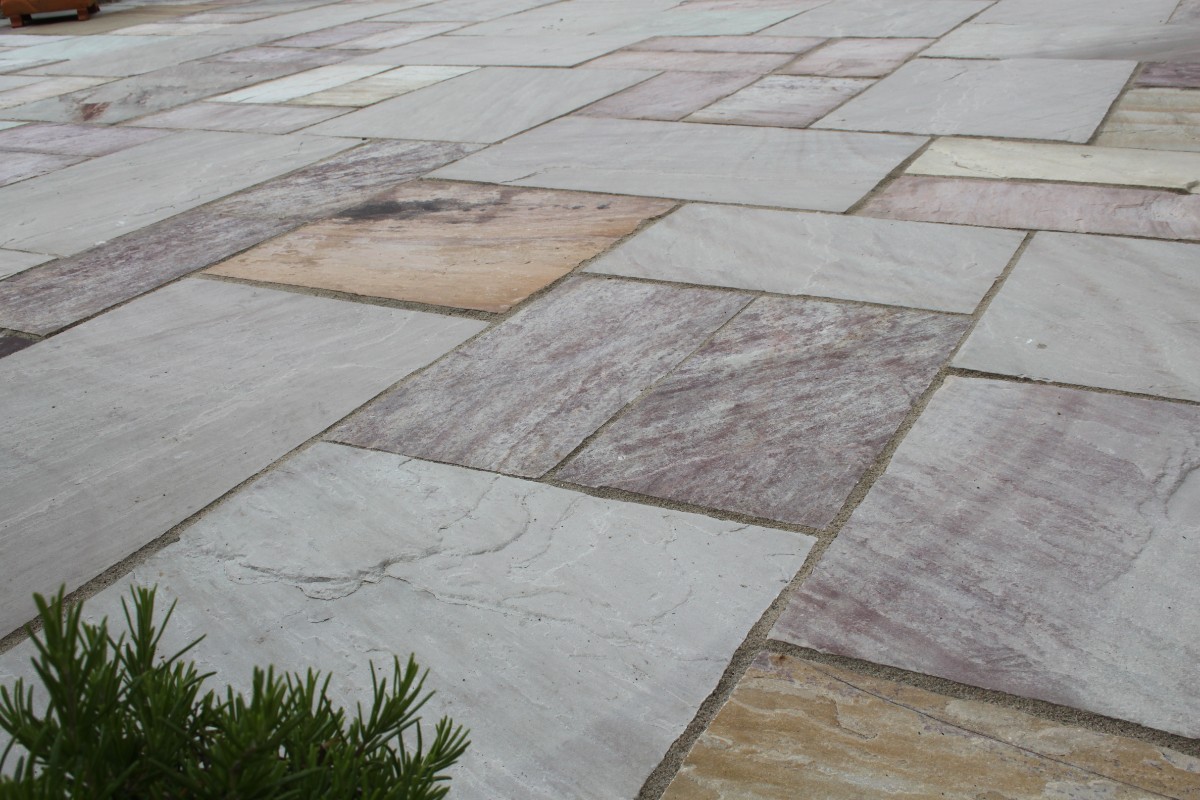 Then there are some stones that normally cope well with the peculiar and particular challenges of the Atlantic Fringe but because they’ve been poked and pummelled and polished t make them more palatable to the fussy European buyer, are now bare and vulnerable, also needing a coat to keep them safe. But, fear not: there are still plenty of paving materials that laugh at whatever is thrown at them, whether it’s the weather, or whatever.

So: what about this “some of the time”? Why only some of the time? Surely, it’s a simple matter of whether it needs a sealant or it doesn’t, isn’t it?

If only it were so. Unfortunately, we humans complicate matters by laying paving in varying locations, varying environments, for varying uses and at varying times of the year. What this means is that certain types of paving may be fine and dandy without needing a sealant on one project, but the very same paving on the next project is in desperate need of a sealant otherwise it is going to be ruined.

Which pavings most often require a sealant? The most vulnerable at the moment are the sawn-and-honed sandstones. These sandstones tend to be at the softer end of the range, which makes them easier (and cheaper!) to process, but this means that they tend to be quite porous and this porosity makes them attractive to algae, lichens and other vegetation. There’s a very good argument to be made that most, if not all, of these honed-as-smooth-as-a-baby’sbackside sandstones should be pre-sealed – coated with a sealant before they are delivered to site and laid, such is their vulnerability. Failing that, get them sealed as soon as practical after installation. 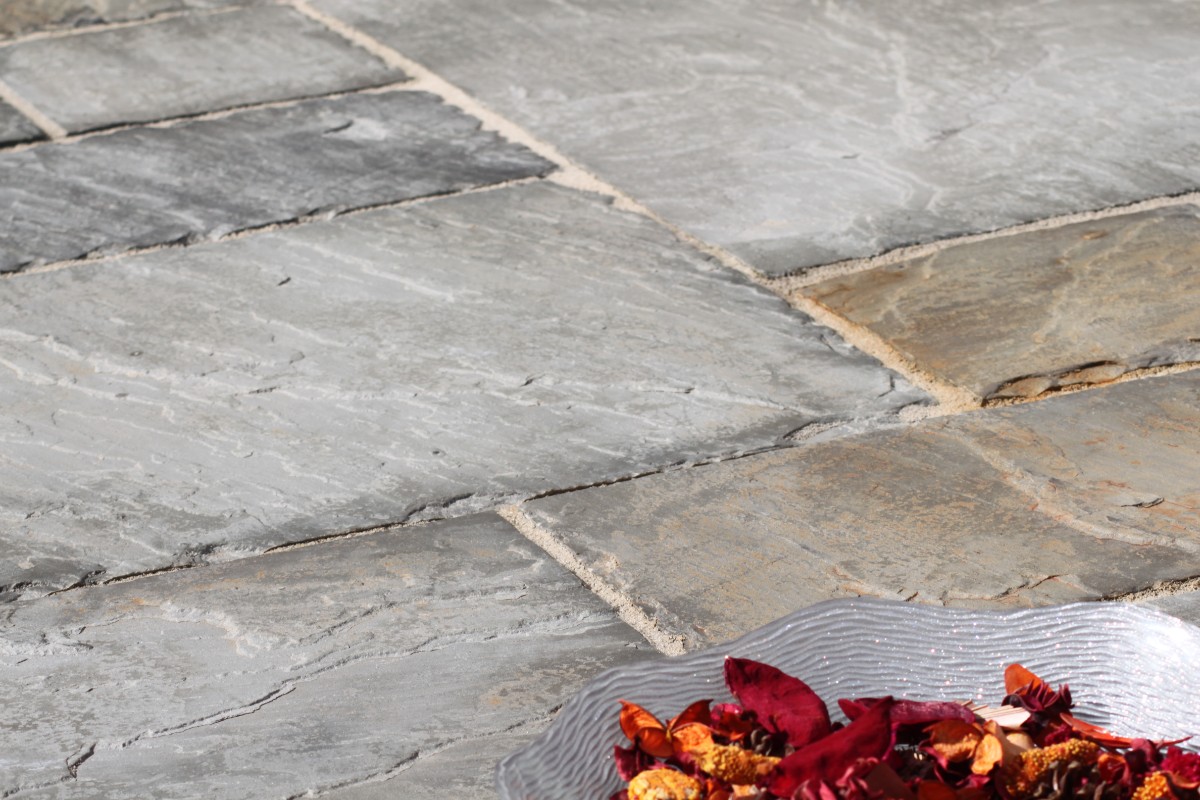 Other pale sandstones are similarly vulnerable. They may not be quite as porous, but their light colouring often means that vegetation-based contaminants such as algae and lichens become visible much sooner than would be the case with their darker-hued cousins. Fossil Mint is popular but prone to algae; Buff, Camel and Golden Sand (many stones are known by a variety of names chosen for marketing purposes) are all on the "At Risk" listing, so may need a sealant, especially in more vulnerable locations. 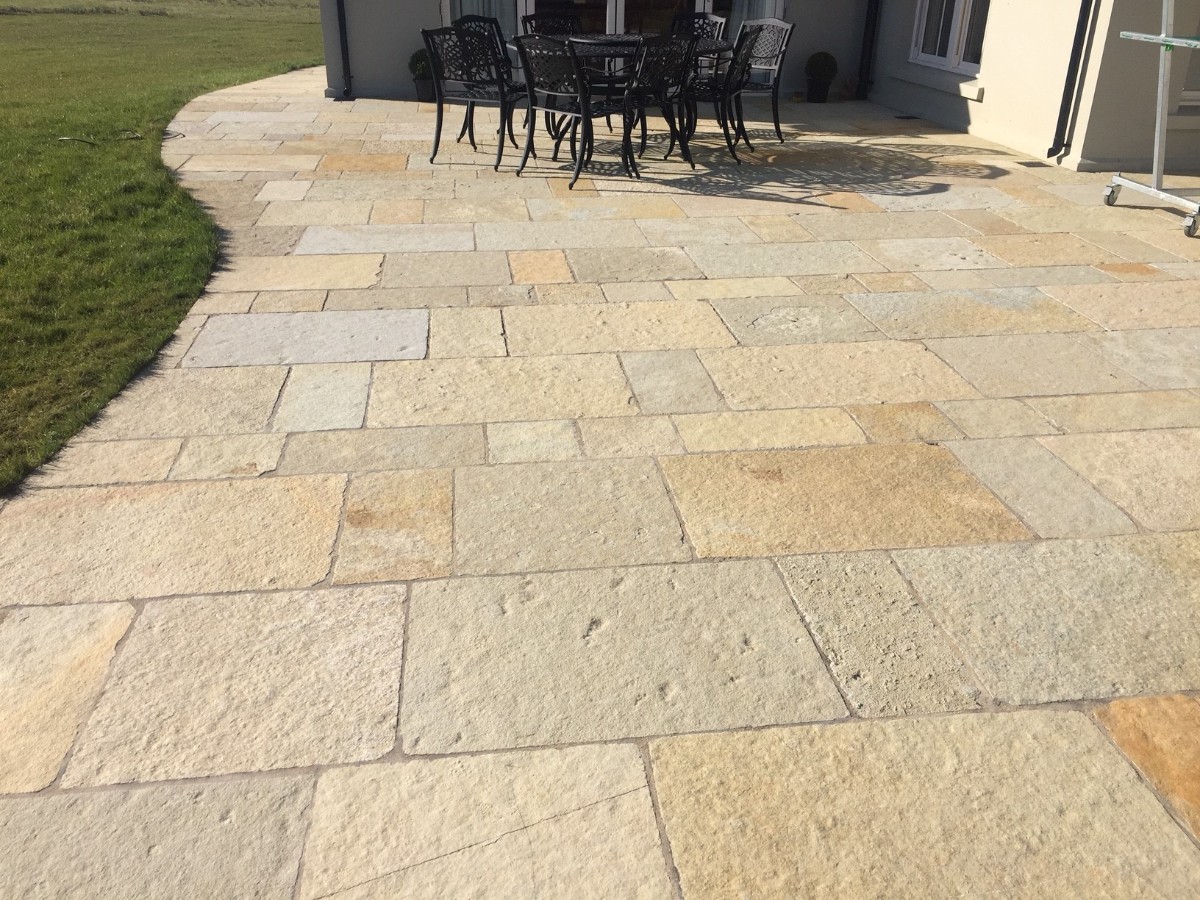 The Kota limestones tend to be fairly resilient, whether they are Blue, Brown or Yellow. They are dense and only slightly porous, so it takes a lot longer for vegetation to get a grip on them. Granites, too, are usually resilient, but there is one notable exception: the amazingly popular Silver Grey, which is becoming less common due to reserves running out, but there's still plenty of it in the stoneyards of the nation. This is a surprisingly porous stone – not something many people expect from a granite – and it shows water marking quite easily. This has the effect of darkening the stone, but it doesn't happen uniformly: not all of the stone darkens, just weirdly-shaped patches on some stones and not others, resulting in an overall blotchy look.

Granites aren't the easiest of stones to seal, so, when choosing a sealant, make sure it's suitable for crystalline stone, not solely for sedimentary sandstones and limestones. Slates and Quartizites tend to laugh at the thought of a sealant. These stones are tough, dense and practically impermeable. This makes them fairly resistant to most contaminants, whether its vegetation-based weeds or human-introduced stains. However, if these are being used in a vulnerable location, then a good quality sealant, suitable for use with the stone in question, can help keep the cleaning to a minimum. 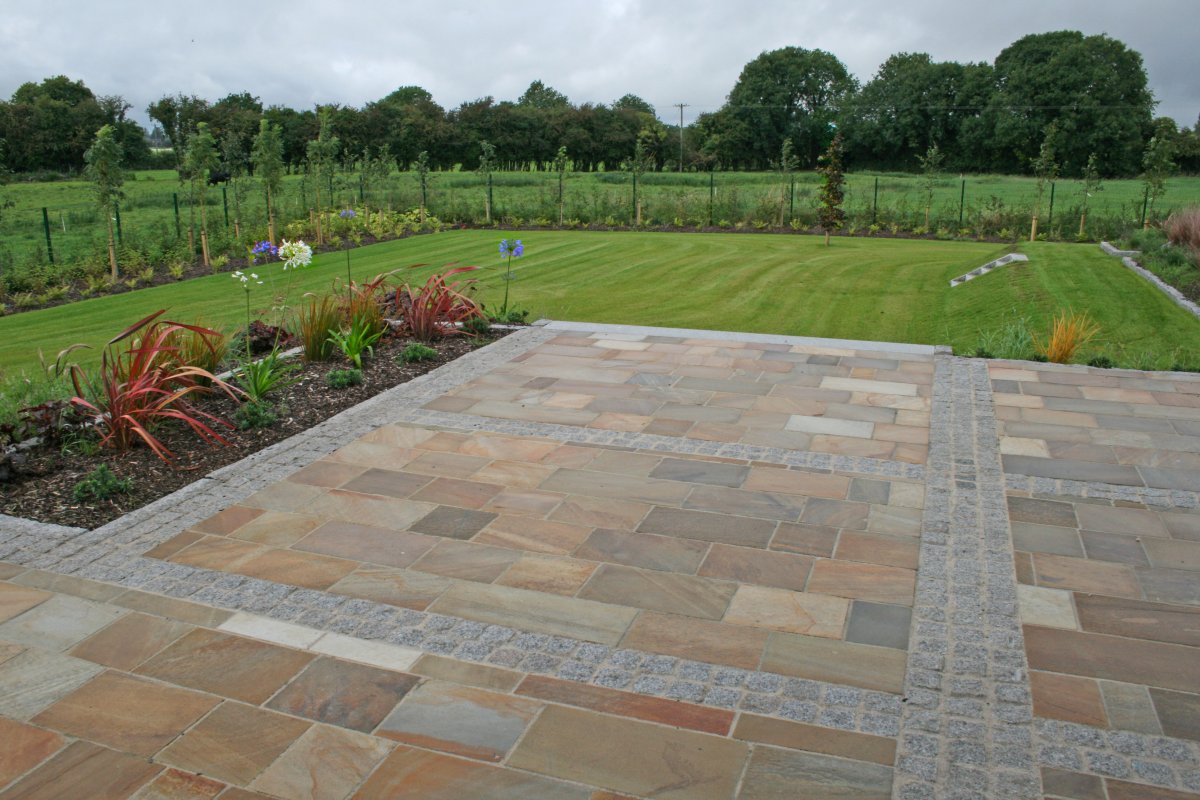 Some sites will be more prone to staining or weed-growth, or dirt and detritus than other locations. Some of these should be fairly obvious. If there’s a barbecue area within a garden or patio, then the paving is liable to be spattered with fats, oils and greases, which can rapidly penetrate the more porous stones, and stain them for months while the contaminant breaks down naturally. Similar with dining areas – people, especially children, can’t help spilling food and drink. And then there’s the bins – that’s an area that’s prone to becoming stained, as are any heavily trafficked areas outside doors and gates. That’s not to say these areas must be sealed – just that the use of the paving should be considered when deciding whether or not a sealant is justified.

North-facing areas tend not to get much direct sunlight, and they also tend to stay damp for longer, all of which can provide succour to algae and lichens. They love a reliable and constant source of moisture. And look out for tree cover. Sycamores and Maples are colonised by creepy-crawlies that suck sap and, literally, excrete syrup, which drops onto the paving below, attracting all sorts of bacteria, algae and other micro-organisms which can very rapidly turn black. Oaks in autumn drop leaves that are rich in reddy-brown tannins, and these can seriously stain lighter-hued paving.

And last of all, don’t forget the birds that perch in the trees. They, too, have a habit of “making deposits” that can stain the paving.

So: don’t fall for the myth that all paving must be sealed. Some should, and some shouldn’t, but before committing yourself, think about what you have, how it will be used, and where it’s located. Then, speak to a knowledgeable advisor like the good people at McMonagle Stone, and let them help you determine whether a sealant is warranted, and, if so, what sealant is best for you.

Excellent advice by Tony McCormack who sadly passed away in September 2022. Tony was known to many through his website, pavingexpert.com. Tony was widely regarded as an irreplaceable source of guidance, reference, expertise and information to the paving and landscaping industries. Tony had a wealth of knowledge, which he was eager to share with others. His legacy will live on. RIP Tony.